Many Americans do not know or fully understand the complexity of American Federalism. The country is made up of States but within the States can reside Federally owned land. There are current discussions on how much land should be owned by the Federal government and whether or not the government should give the land to the state the land resides in.

The Federal government owns the land through three Departments: the Interior, Agriculture, and Defense (DoD). In the two first Departments, there are four main bureaus: Bureau of Land Management (BLM), Fish and Wildlife Service (FWS), National Parks Service (NPS), and the Forest Service. The DoD is the smallest landowner of the departments but still owns over 26 million acres of land worldwide, with just over 11 million in the states. Native Reservations fall under the Bureau of Indian Affairs in the Department of the Interior.

The list below shows the states that have more than 10% of their acerage owned by the Federal government. 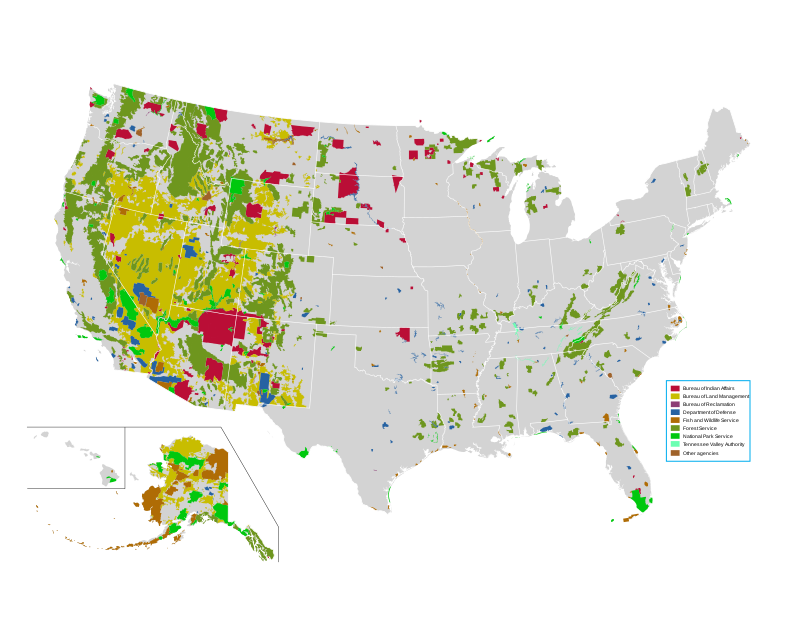 What to Do With Federal Land

As for Indian Reservations, I believe the residential parts of the reservation should become locked Congressional Districts so that Natives have protected representation not only in Congress but also the local and state governments as well. This lock should only last for 50 to 100 years and after the lock, the district will be treated like any other district. All land that is not residential and that the natives want to be protected from development should become state-protected parks and treated like the National Parks are now but under the legal ownership of the State.

As for the DoD, land that is not being actively used for necessary military purposes should be handed back to the States. With more land and more potential development States that have been stagnant can now invest in future growth for that State.